Three and a half stories of monsters of the ancient world. We meet vile beasts that lurk in the forests, the murky deep, and the wide, desolate places of the world. We meet the baby, the Thor, and the saints that slay them. We meet bears that can be bribed with cake. Folklore is weird.

The creature is a little blue person. I know it's a struggle to not play in barley fields after school. It's a temptation we all deal with every day. Just don't do it. It will end with you being eaten by a little blue monster. Also, don't sumo wrestle children in the street.

The Oracle of Apollo at Delphi

These are only a few of the sayings from the Pythia, the priestess of Apollo at Delphi. These are (mostly?) historical in nature, in that they are not 100% legendary, like the stories of Hercules and Aegeus.

In 480 BC, Xerxes wanted to finish conquering the Greeks, and so the Athenians sought out the wisdom of the Delphic oracle. She told them:

Now your statues are standing and pouring sweat. They shiver with dread. The black blood drips from the highest rooftops. They have seen the necessity of evil. Get out, get out of my sanctum and drown your spirits in woe.

This is pretty understandable. Get out and run away. She advised them to do so again. Finally, like a 5 year-old shaking a magic 8-ball and looking for a different answer, the Pythia told them this when they asked a third time:

Pray to the Winds. They will prove to be mighty allies of Greece.

There was a storm at Artemesium, where 20% of the Persian fleet was destroyed, but the Athenian vessels were largely untouched.

The Spartans asked as well, and got the following answer, according to Herodotus:

Hear your fate, O dwellers in Sparta of the wide spaces;

Either your famed, great town must be sacked by Perseus' sons,

Or, if that be not, the whole land of Lacedaemon

Shall mourn the death of a king of the house of Heracles,

For not the strength of lions or of bulls shall hold him,

Strength against strength; for he has the power of Zeus,

And will not be checked until one of these two he has consumed.

A Spartan-led coalition met the Persian assault at the gates of Thermopylae, where all, including the king, Leonidas (the Lion), were killed, but their allies held the pass after they died.

Also, it should be noted that the graphic novel by Frank Miller and the movie directed by Zach Synder should not be looked at as historical. Please, don't do this.

Back to the Athenians, that second prophecy was such:

Await not in quiet the coming of the horses, the marching feet, the armed host upon the land. Slip away. Turn your back. You will meet in battle anyway. O holy Salamis, you will be the death of many a woman's son between the seedtime and the harvest of the grain.

They fled to Salamis, and though Athens burned, the citizens were safe as they watched the Athenian fleet  and its allies destroy the Persians at Salamis.

A Knife from Behind

About 80 years later, Lysander, the Spartan who was a winner in the Peloponnesian War (a war between Athens and Sparta), received the following prophecy:

Also the dragon (serpent), earthborn, in craftiness coming behind thee.

He was killed from behind by a man with a serpent painted upon his shield.

Philip II of Macedon consulted the Oracle. he was told:

With silver spears you may conquer the world.

He went to work getting control of silver mines and had a different strategy when fighting the Greeks. He would use the silver to buy potential allies and turn the city-states against each other (let's face it, though, they barely needed extra incentive to fight).

He also had a wild black colt, and the Pythia said that anyone who could ride the thing would conquer the world. Neither Philip nor his generals could. The man who ended up riding him? Philip's young son, who would come to be known as Alexander the Great.

Nero came to the Oracle, and she told him:

Your presence here outrages the god you seek. Go back, matricide! The number 73 marks the hour of your downfall!

Nero, being the rational and balanced young man that he was, had the Pythia burned alive. Nero had killed his own mother eight years earlier, and the number 73 did mark his downfall. Galba, a politician who successfully engineered a revolt and the death of Nero, was 73.

Those are the most colorful sayings, but it's interesting how accurately they are. Maybe. It could very well be an instance of hindsight, making things fit and seeing a connection where there might not otherwise be one.

Let me know what you thought of the episode in the comments! 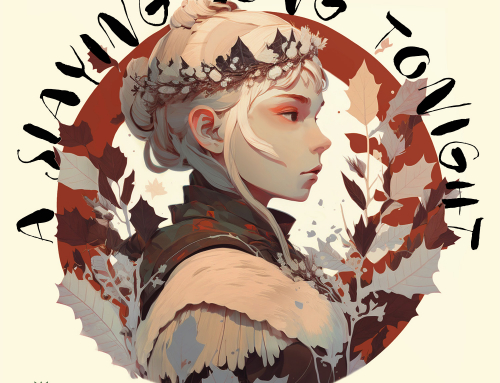