The story of Puss is Boots is that of a cat who wears boots and talks. The character of the cat has somehow gone on to be voiced by Antonio Banderas, take part in a one really successful franchise, spin off into its own movie AND Netflix series. The 2011 movie alone went on to gross, and I'm not making this up, over half a billion dollars worldwide. The original is something you haven't heard before, and has ogre fights, a cat con artist, and dating advice from the Myths and Legends Podcast.*

The creature this week has the boring job of constantly trying to destroy the universe, but hey, it gets two weeks paid vacation a year.

*Taking dating advice from the Myths and Legends Podcast is generally not advised.

Text MYTHS to 86329 to get a free trial of The Great Courses Plus, and while you’re there, check out the course “Great Mythologies of the World”.  (Standard message and data rates apply.)

Audible is pretty awesome. Go to http://www.audible.com/myths to get started today. Here's the link to Neil Gaiman's Norse Mythology

Here's the picture I talked about in the episode of Puss in Boots with the ogre: 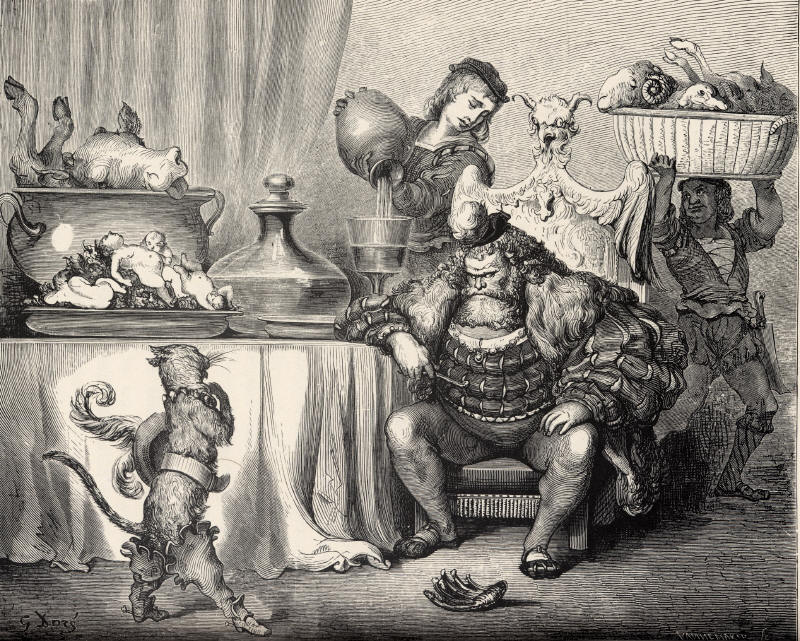